The 2013 Polity world map of democracies vs. autocracies and their mixed forms called anocracies shows distressingly few blue countries, i.e. true democracies. The democracy index of several countries had to be downgraded since they lost some of their democratic attributes and gained more autocratic features. Turkey comes to mind, Egypt, Hungary, India, Cambodia and Poland. The blue patches are shrinking. 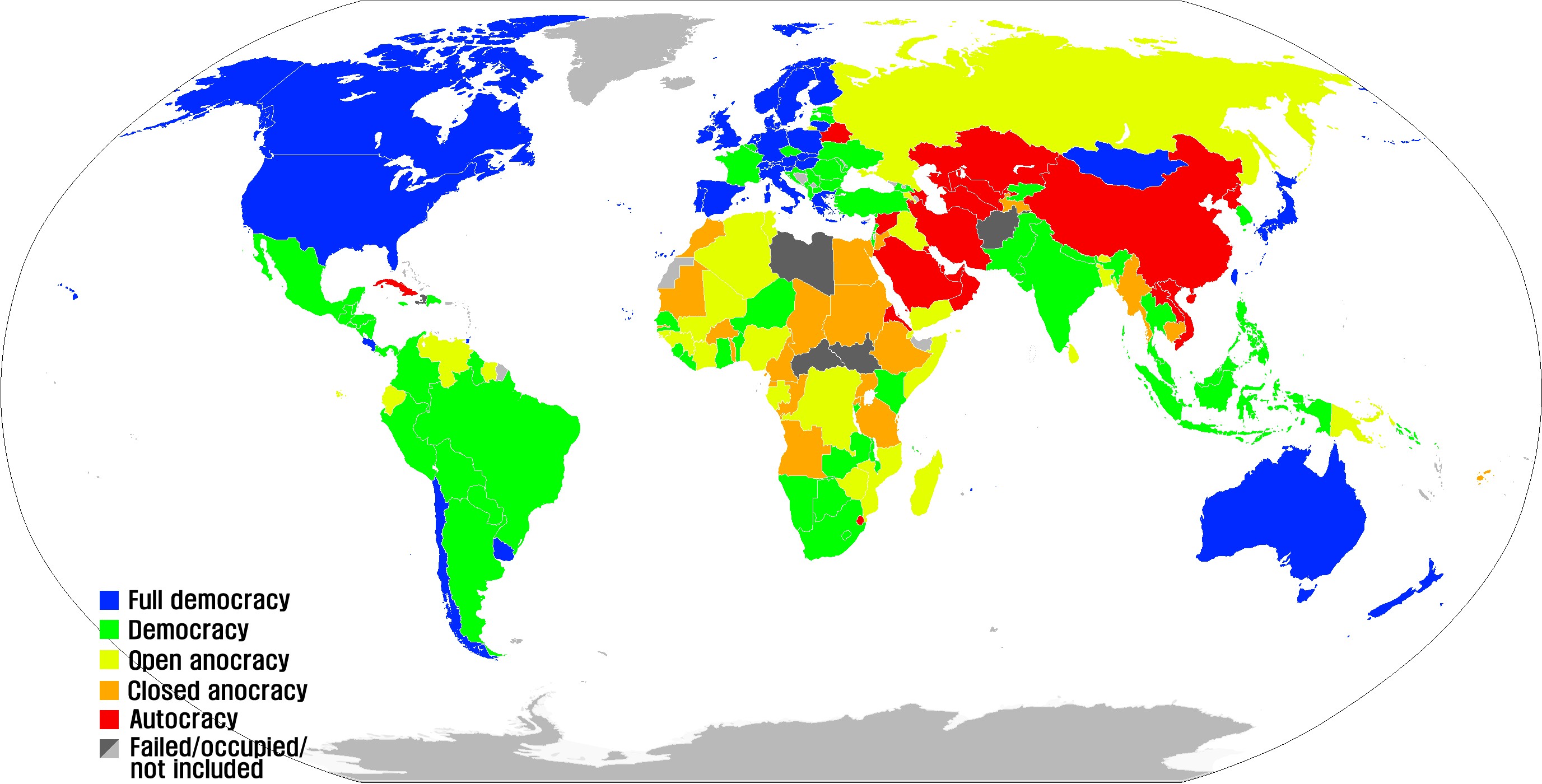 A temporary phenomenon? Will democratic upheavals topple dictatorships like it happened in the past? The sad answer is no. The “Arab Spring” movement was perhaps the last event in history which showed popular masses taking to the streets and forcing governments to resign – at least temporarily.

Autocracies are fast developing surveillance and control systems which are much more effective than traditional repression and police rule. The dictators’ new digital toolbox contains sophisticated instruments such as face recognition, data collection and analysis, DNA sample banks, all elaborated and analyzed with artificial intelligence.

China, for instance, is already well advanced in the art of reading people’s minds and anticipating their behavior and intentions. By compiling and evaluating all data on a person’s telephone, internet and smartphone communications, plus shopping habits, travel, education, entertainment and social activities, the government will soon know every citizen better than the person him- or herself. In China, Big Brother is about to become reality. Other governments will follow. Egypt, Turkey, Hungary are on the way.

Perhaps there is only a time window of five to ten years left in these countries for citizens to protest or rise up against an oppressive government. After that, the government will be in full control of people’s minds. Consequently, there will only be two types of citizens remaining: the majority of people who behave and do not even dream of criticizing or opposing the government, and the minority scared stiff, vegetating in jail or on death row. Huge new penitentiary facilities will have to be built, and there will be a search for safe places, especially islands like Alcatraz, Guantanamo or Imrali, the Turkish prison island.

Turkey, in fact, is persecuting all people who dare to criticize the war against Kurds in Turkey itself and in neighboring Syria and Iraq. People are arrested for having on the smartphone the “ByLock” messaging app  which allegedly serves communications among members of the “terrorist” Gülen sect,  or for supporting petitions on change.org. Turkey plans to build 228 additional prisons to reduce severe overcrowding in existing facilities by some additional 50,000 people arrested since July 2016. More being arrested almost every day.

Calming a restive population is the vital need of all autocracies. Modern technology offers a low-cost approach which can obviate the enormous expense of traditional secret policing and snooping with its oppressive and error-prone toolkit. Autocracies which master the art of modern mind control become virtually invincible from within. No dissidents, no opposition, only happy, quiet citizens. The only way such a system could collapse is because of internal rivalries among the ruling clique. However, the collapse would in all likelihood not lead the country to more democratic governance but to another, perhaps even more fearsome autocracy.

As surveillance and mind control technologies are fast advancing and spreading, every year that passes is a boon for dictatorships. For them, for the first time in human history, the promise of eternal, unchecked rule is beckoning. Where does that leave democracy?

"Chinese police have used facial recognition technology to locate and arrest a man who was among a crowd of 60,000 concert goers."