The author had the pleasure of being liberated by the Red Army in 1945. The Soviets seized the Hagenberg* (Upper Austria) castle where we lived and decorated the entrance with a green triumphal arch made of plywood and crowned with a red star.

Thanks to the kind words of a young woman - a bombardment refugee from Vienna - who befriended the company commander, we were allowed to stay in the castle. Thus I had the opportunity of a direct insight into the Red Army way of life.

Remarkable was the initial contact of the occupiers with a water-flushed toilet. The first Soviets - nice Ukrainians - recognized the advantage of the water flush and washed their heads in the toilet bowl. Unfortunately, the toilet was then used by others not only for defecation but also for garbage disposal, which led to clogging. 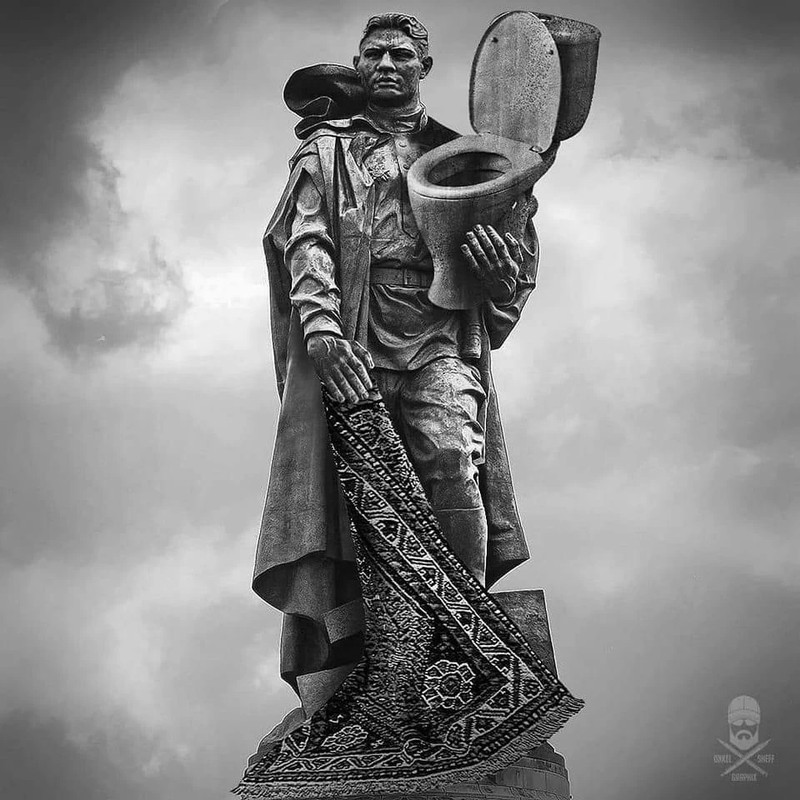 Since the toilet now no longer worked, soldiers used the windows as a trash chute and toilet. As a result, rats nested in the wisteria of the south facade, causing us boys to chase the rats with a slingshot. If in the process a naked Soviet butt was shot at (yelp, curse!), it was an accident and not an act of resistance against the occupiers.

The Red Army showed artistic sense: the major had the paintings of the hunting hall cut out and sent to Russia. Meanwhile, his soldiers checked the paper quality of the books from earlier centuries in the castle's library by tearing out the title page of each for a papyrossi smoke. What a disappointment! Nothing tastes as good as a papyrossi with Pravda's paper, which was in short supply at the time, much to the soldiers' chagrin.

Anyway, the Soviets didn't dismantle toilet bowls back then. What for, because at home there was probably neither running water nor sewerage?

Not so today: the Russian army in Ukraine confiscates toilets, because their soldiers either