Chinese state terror and the dismantling of Uyghur neo-Jadidism

The Uyghur problem is  a festering wound which President Trump is stoking because he thinks his anti-Chinese drive will help him win re-election. Beijing, as usual, is stonewalling all Western attempts to force the Chinese to improve the lot of the Uyghurs.  Repressing minorities is an old Chinese habit which the communists inherited from the Kuomintang. Strangely, while Muslim countries are reluctant to defend the islamic Uyghurs, non-Muslim countries are engaging themselves in the battle against oppression despite the fact that Uyghur fighters constitute an important element of global jihadism, especially in Afghanistan and Syria, a fact ignored by most media. Although Uyghurs are not as soft and peaceful as Western media like to portray them, the world should never tolerate oppression and genocide. First, a few words from Wikipedia as introduction to the article by Dilnur Reyhan.
By 1920, Pan-Turkic Jadidists had become a challenge to Chinese warlord Yang Zengxin who controlled Xinjiang. Uyghurs staged several uprisings against Chinese rule. The Uyghurs are recognized by the Chinese government only as a regional minority within a multicultural nation. The Chinese government rejects the notion of the Uyghurs being an indigenous group. Since 2015, it has been estimated that over a million Uyghurs have been detained in Xinjiang re-education camps. The camps were established under General Secretary Xi Jinping's administration with the main goal of ensuring adherence to national ideology. Critics of China's treatment of Uyghurs have accused the Chinese government of propagating a policy of sinicization in Xinjiang in the 21st century, calling this policy an ethnocide or a cultural genocide of Uyghurs. Despite the ongoing repression of the Uyghurs as portrayed by Western media, there have been very few protests from Islamic countries against the internment and re-education of the ethnicity by the Chinese Communist Party. In February 2019, Turkish President Erdogan later said “It is a fact that the people of all ethnicities in Xinjiang are leading a happy life amid China's development and prosperity” while visiting China. Erdogan also said that some people were seeking to "abuse" the Xinjiang crisis to jeopardize Turkey and China's economic relationship. In June 2020, German anthropologist and Sinology scholar Adrian Zenz released a report, "Sterilizations, IUDs, and Mandatory Birth Control: The CCP’s Campaign to Suppress Uyghur Birthrates in Xinjiang. Zenz asserted that these efforts by the Chinese government to repress the Uyghur birth rate met the criteria of genocide under Article II, Section D of the United Nations Genocide Convention by "imposing measures intended to prevent births within the group."
History repeats itself: Chinese state terror and the dismantling of Uyghur neo-Jadidism 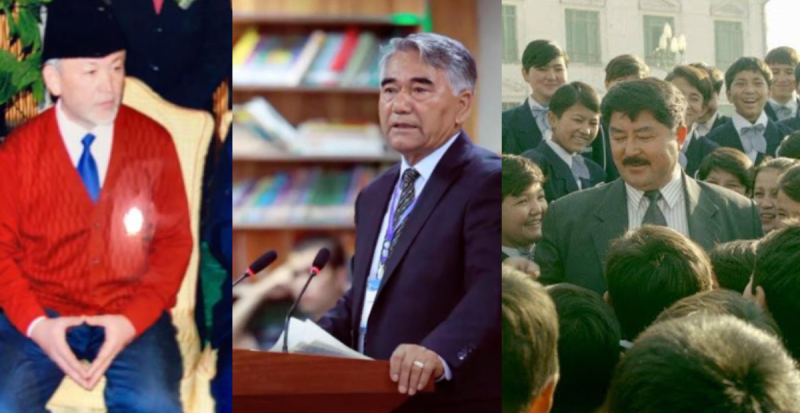 Entrepreneurs Ablimit Halis Hajim (left), Abduweli Muqiyit (center) and Nurtay Hajim İskender (right) were pillars of Uyghur national education and central figures in the development of Uyghur civil society. All three have been the targets of the Chinese state's assault on Uyghur society. Photos by Dilnur Reyhan and Medine Ablimit, used with permission.

The city of Ghulja is reputed as a center of Uyghur rebellion, and has, in fact, often been a locus of resistance to Chinese power. Capital of the second independent Republic of East Turkestan from 1944 to 1949, Ghulja boasts many legendary heroes, such as Nuzugum, Sadir the Brave and Ghéni the Brave. That is just part of its identity: the city also claims renowned artists and literary figures such as Lutpulla Mutellip, Zunun Qadiri, Tiyipjan Eliov and Zordon Sabir.

Ghulja is located in Ili, an autonomous district bordering Kazakhstan. Ili was colonized for 10 years at the end of the 19th century by Tsarist Russia and has acted as a gateway for Western influences coming through Russian-speaking Central Asia. It is also the cradle of Uyghur Jadidism, a late 19th-century-early 20th-century renaissance movement led by intellectuals and entrepreneurs who aimed to reform Islam and Turkic Muslim societies as part of a broader modernization drive inspired by Western and Ottoman models. This movement of societal and religious reform played a role in the awakening of Uyhgur society and its struggle against Chinese colonialism and religious obscurantism. This gave rise to the first rebellion in the south of the Uyghur lands, which gave birth to the first Turkic Islamic Republic of East Turkestan which lasted from 1933 to 1934.

During the period between 1930-40 known as the “white terror”, these religious and cultural reformers—called Jadidists across Central Asia—were driven out, imprisoned and massacred by the various representatives of Chinese colonial power. Intellectuals such as Lutpulla Mutellip, Abduhaliq Uyghur, Enver Nasiri, and Memtéli Tewpiq (the author of the national anthem of East Turkestan) were burned alive. China's then-ruling party, the Kuomintang, victimized anyone they considered a political or ethnic opponent. 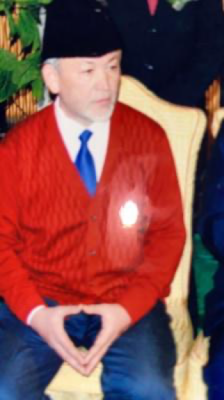 During the period of the Second Republic of East Turkestan, which lasted from 1944 to 1949, Ili became the most advanced, in terms of culture and education, of the 10 districts that form the Uyghur Region, and to this day retains an independent spirit and offers a window on all that is new and modern emanating from outside. From the 1990s, when Uyghur businesspeople gained the opportunity to trade externally with Central Asia, South Asia and Turkey, many of them, including some from Ghulja, invested in supporting the education of young Uyghurs at renowned universities in other countries.

One such entrepreneur was Ablimit Hoshur Halis Hajim, who made his money in real estate and was already known for his philanthropic support for the development of Uyghur cultural identity. In October 1994, Halis Halim, together with fellow entrepreneurs Sadiqjan, Abdurishit Hajim, and Memtimin Tewekkül, gathered together around 200 Ili notables in Ghulja and raised 1.5 million yuan (the equivalent of US$200,000) to create the Ili Halis Fund, the region’s first private higher education fund. The task of managing the fund was assigned to pedagogue and public figure Abduweli Muqiyit, as Halis Hajim encouraged other Uyghur entrepreneurs to participate and offer opportunities to Uyghur students from the region. The fund’s first cohort of grantees were 800 students who had to drop out of school due to lack of money, and who were now able to return to their studies.

A year after the Ili Halis Fund was founded, another young Ghulja entrepreneur, Nurtay Hajim Iskender, founded the first school for orphans. Abduweli Muqiyit was yet again recruited to take on the huge responsibility of setting up the school’s day-to-day operations, coordination with the state, media promotion, recruiting teachers, budgeting, student selection, and even choosing a location for the school building. 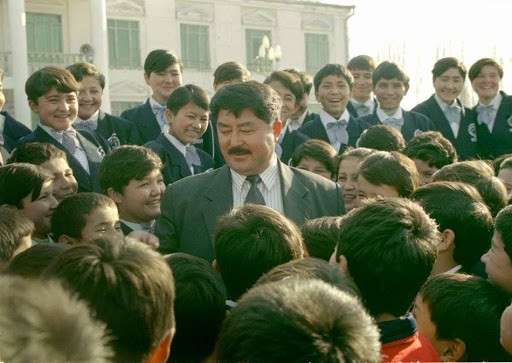 Nurtay Hajim Iskender with children from his school. Photo by Dilnur Reyhan, used with permission.

A peaceful, leafy district on a wide avenue by the Ili River, a short distance from the noisy, bustling city center, was chosen as the site for an attractive modern school building that incorporated traditional Uyghur architectural features. The school initially took in 60 orphan students, but that number quickly rose to several hundred from throughout the region in the years that followed, All the students’ needs, from primary school to the end of their university studies, were taken care of by Nurtay Hajim, supported by other Uyghur philanthropists. 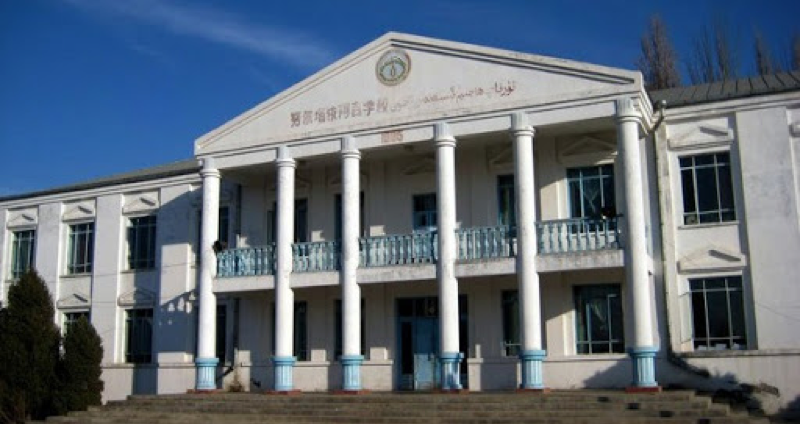 Nurtay Hajim Iskender School in the city of Ghulja. Photo by Dilnur Reyhan, used with permission.

Nurtay Hajim's fame spread beyond Ili and throughout the Uyghur Region. He and Ablimit Halis Hajim became symbols of the progressive entrepreneurship for which the Jadid era had been known, and increasing numbers of Uyghur entrepreneurs started investing in similar projects.

In 2017, the Chinese state renewed its campaign of state terror by targeting intellectuals, religious leaders and entrepreneurs. Sadly—and unsurprisingly—Nurtay Hajim Iskender was one of those arrested, and his school was closed and turned into a concentration camp. Almost all of the teachers at this school were reportedly arrested as well, though it is unclear what happened to the students.

Abduweli Muqiyit was another unsurprising target of Chinese state terror. His grandfather had served in the government of the Republic of East Turkestan, and Muqiyit, who had served as head of the education directorate of the city of Ghulja, in 2002 organized the 100th anniversary of Ghulja School No. 2, a combination middle and high school that was the oldest in the Uyghur region. In 2014, he also founded the Bilal Nazimi bookstore, which quickly came to occupy an important place in the intellectual life of the community, with Uyghurs from different social strata gathering there for lectures and conversations. 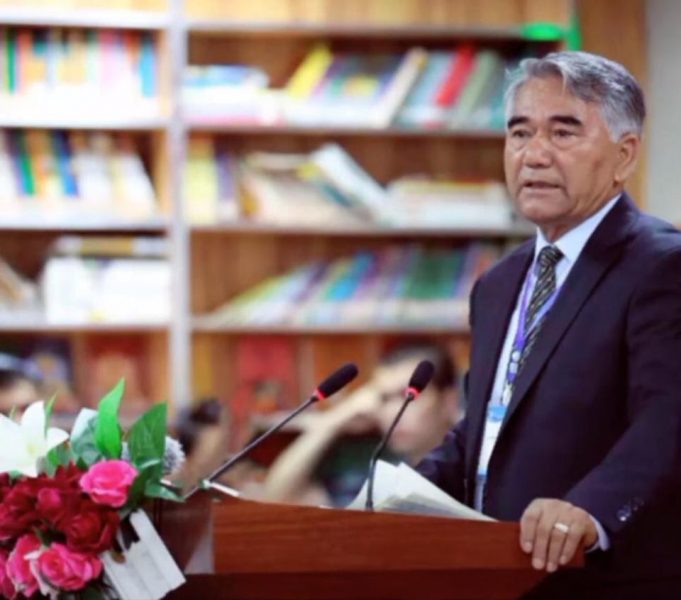 Information on what is really going on in the Uyghur region, one of the most surveilled locations in the world, is extremely difficult to obtain. This situation gives rise to many rumors, some of which prove to be false, but which in many cases are true.

Rumors that Nurtay Hajim had died in detention circulated for a time in the Uyghur diaspora, similar to the one about the renowned musician and singer Abduréhim Héyit that was eventually debunked. Relatives of Nurtay Hajim also denied the rumour, in early 2020, they learned through unofficial channels that Nurtay Hajim had received a life sentence. Abduweli Muqiyit reportedly received the same, though as China does not provide any official information, it is impossible to verify this information.

As for Ablimit Halis Hajim, his children, who live abroad, have had no news about whether he might have been released, or sentenced.

These three men were pillars of Uyghur national education outside official frameworks, central figures in the development of Uyghur civil society, and—in their drive to modernize education, identity, and Uyghur society—pioneering proponents of neo-Jadidism. Like many other Uyghur artists and entrepreneurs, they sought a new basis for creating a society that was both proudly traditional and undeniably modern, and are recognized for their commitment to modernization and openness. The arrest and subsequent disappearance of these three men from Ghulja has exerted a chilling effect on the Uyghur community.

In the late 1930s and early 1940s, the policy of “white terror” pursued by Chinese governor of the Uyghur Region, Sheng Shicai, sought to eradicate the Uyghur intellectual and bourgeois class in order to subjugate the Uyghur nation. The dismantling of Uyghur society undertaken in recent times by Xinjiang province Party Secretary Chen Quanguo, under the leadership of Xi Jinping, has felt for many like a return to this brutal period.

*The author wishes to thank the Uyghur-Australian intellectual Selime Kamal and Medine Ablimit, the daughter of Albimit Halis Hajim, for providing information on the lives of Abduweli Muqiyit and Ablimit Halis Hajim.

For more stories on the persecution of minorities in China’s Xinjiang region, go here.