The plight of Uighurs is object of an unspoken policy of censorship. 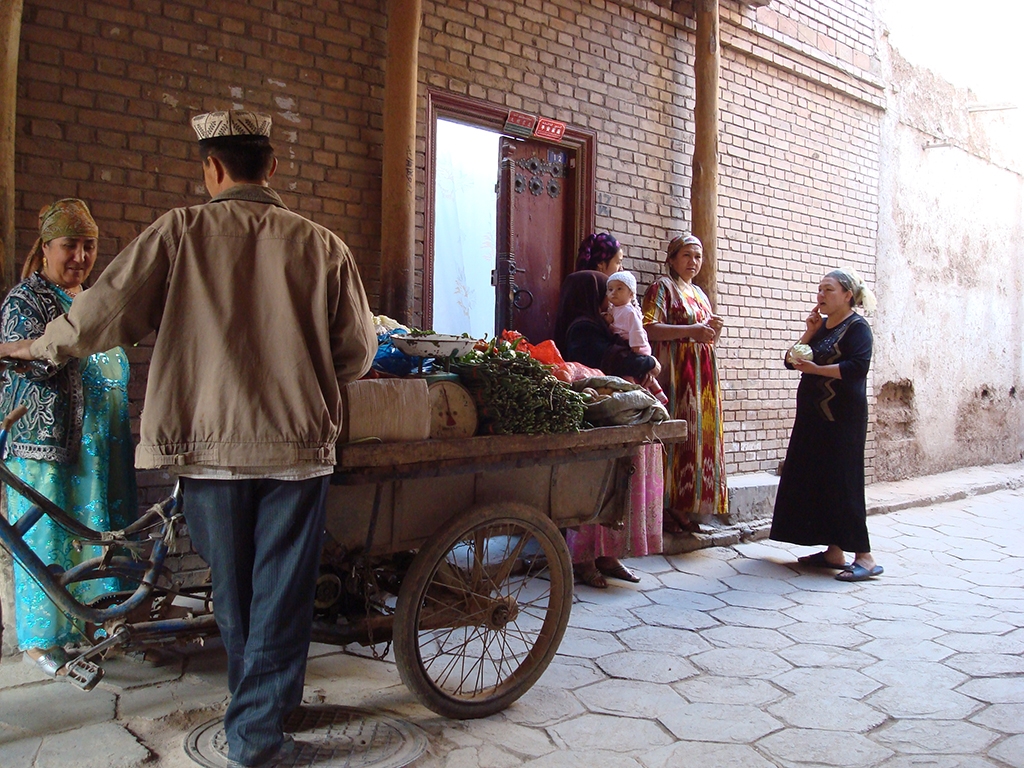 It is coming up on a year since Zarifahona Islamova last heard from her cousin, Gulokcha.

Gulokcha, who is in her late 50s, is from Urumqi, the capital of China’s Xinjiang Uighur Autonomous Region. She traveled to Uzbekistan last August and stayed at Islamova’s home for a month. Before leaving, she promised to post a message on Facebook to let friends and family know she had got home. The note of reassurance never appeared, said Zarifahona.

By all appearances, Gulochka, whose name, like that of Islamova, has been changed in this article to preserve anonymity, is one of countless ethnic Uighurs to disappear amid the Chinese government’s relentless campaign of repression against Muslim communities in Xinjiang.

The plight of China’s ethnic Kazakhs has been the object of vocal campaigning by some activists in Kazakhstan, despite the harassment of authorities there. But in Uzbekistan, the Uighurs are almost never mentioned. Their very presence in the country is sometimes questioned.

“Gulokcha was a shuttle trader. She brought goods from Urumqi and sold them in Uzbekistan. In the evening, we used to chat about all kinds of things, but mainly about our Uighur relatives in China,” Zarifahona told Eurasianet in her Tashkent home.

Zarifahona’s eyes welled with tears as she spoke, recalling how she used to exchange messages with Gulokcha on Facebook and WhatsApp. That stopped once Beijing began clamping down.

“I heard a rumor that all the popular messengers were blocked in China and that people were being punished for installing them on their phones. That the authorities did not want Uighurs to speak with their relatives from Uzbekistan,” Zarifahona said.

All Zarifahona has left of Gulokcha are photos and a resplendent cotton robe she brought her from Urumqi.

These tales of disappearance are easy to find in Uzbekistan, despite the official censorship hanging over the narrative. Farukh is also an ethnic Uighur but holds an Uzbek passport. He told Eurasianet about a friend in Urumqi who owned a factory manufacturing socks. About one year ago, the authorities confiscated the factory, said Farukh, who asked for his surname not to be published out of fear of reprisals.

“They closed the mosques. And you cannot even observe the fast during Ramadan. Even the Uighurs who simply do business, peacefully, are being subjected to persecution. They confiscate their goods, take away their factories and seize their trading stalls,” Farukh said.

Zarifahon said she reads Uighur websites almost every day. Uzbek media outlets almost never talk about Xinjiang. Reports about China in general, meanwhile, are reported in a relentlessly upbeat key and touch on inoffensive areas, like culture and business, and how Chinese investment is flowing into Uzbekistan.

Sergei Abashin, a St. Petersburg-based ethnographer who has studied Central Asia for decades, is certain this censorship can be explained by the economic ties binding Tashkent and Beijing.

And there is “this fear among the authorities, that showing some kind of support for irredentism could stimulate radical, political and Islamic opposition sentiments inside the country itself,” Abashin said.

Abashin said the veil of silence could also be attributed to the fact that Uzbekistan has so long been a closed country.

“Citizens had no access to outside information and had no particular interest in events taking place in other countries,” he said.

Today, there are three Uighur national cultural centers operating in Uzbekistan. The community produces its own Uighur-language magazines, written in the Cyrillic alphabet. One is called Taklimakan, named for the desert in the Xinjiang autonomous province that occupies an area around the size of Germany.

There are also three weekly programs aired in Uighur on state radio and short segments a couple of times monthly on television. Gulbahor Kurbanova has for some years been the voice and face of Uighur news in Uzbekistan. She professes, however, to be quite uninterested in what is happening in Xinjiang – a fact that generates no small dose of venom among the Uighur community.

“Our programs are dedicated exclusively to covering the life and activities of ethnic Uighurs in Uzbekistan. The current situation of the Uighurs in China is not covered,” Kurbanova told Eurasianet.

Even the size of the Uighur community is something of a mystery. According to the last census carried out in Soviet times, in 1989, there were almost 36,000 Uighurs living in the Uzbek Soviet republic. That accounted for one-fifth of 1 percent of the population. No proper census has been done since then, but official statistics in 2000 estimated the size of the Uighur community was around 19,500 – a considerable decrease.

Ablat Khodjayev, a professor at Tashkent’s National University of Uzbekistan, an ethnic Uighur and the author of books about the ethnic group, proposes far greater numbers.

“Eighty years ago, there were around 1.5 million Uighurs living in the republics of Central Asia,” Khodjayev said, citing his own research. “In Kazakhstan and Kyrgyzstan, they preserved their identity. But in Uzbekistan, a portion of the Uighurs designated themselves as Uzbek. Many of them assimilated.”

In truth, short of conducting a vast and exhaustive research exercise on the basis of genetic family trees, reaching any kind of clarity on the matter is almost impossible to imagine. Uighurs have migrated across Central Asia over centuries, be it for trade or work or as refugees from the various wars, repressions and revolutions that have convulsed the region.

And it does not help that the Uzbek government has long showed signs of reluctance to even acknowledge its Uighur minority. Khodjayev tells a tale from the mid-1990s when the late President Islam Karimov met with then-Chinese Prime Minister Li Peng. Eurasianet has been unable to independently confirm that the incident occurred as told, although the persistence of the story speaks volumes about the anxiety Uzbek Uighurs have felt about the authorities.

“Karimov was asked: “How many Uighurs are there in Uzbekistan?’ He answered that there were no Uighurs,” Khodjayev said, relating his account of this alleged exchange. “Karimov knew that there were Uighurs, but he did not want to get into a conversation about it.”