A Tale of Migration and Rebetico

In 1955 I was living in Cairo looking for some nice and typical local music. In a music shop I found songs by Chadia and Kamal Chennaoui, by Oum Kolthoum and Feirouz. I listened to Sudanese drums but I was looking for something more captivating. The Greek sales girl showed me a small LP by a Greek guy called Vasilis Tsitsanis playing the bouzouki. This was it. I was fascinated.

Five years later I arrived in Athens and stayed at the Grande Bretagne. In the evening I asked the concierge: where do I find Tsitsanis? He said: Tsitsanis has a small concert hall in Tsitsifies but, Sir, this is no place where you should go. This is a place with bad people.

Excellent! That’s where I want to go, rightaway! A minute later I sat in a cab on my way to Tsitsanis. An evening which started a lifelong infatuation with Rebetico, the music of the Asia Minor and Pontos Greeks. And with Tsitsanis and his famous Συννεφιασμένη Κυριακή (Cloudy Sunday), the “Ninth Symphony” of Rebetico, as a friend put it.

Kamyar Jarahzadeh, a writer of Iranian origin, wrote this piece on Rebetico music and compiled a sound track starting, of course, with a Taqsim by Tsitsanis !

The term “migration crisis” has gained significant parlance, as if to suggest that the movement we are seeing now is totally unique to human history, and that something about it makes it uniquely problematic, compared to the past. Rather, groups and individuals carry specific stories and conditions that are tied to their movement. To bring more of this nuance to migration, Our digital resident Yavaran presents a series of mixtapes that focus on different migrations from Anatolia to South Asia. We encourage listeners and readers to understand how intimately linked migration is and always has been to the very specific social, political, and economic environment it occurs within. 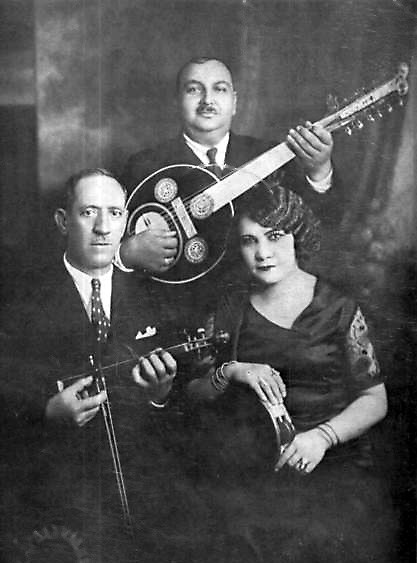 This week’s mix is focused on rebetika music–an early 20th century genre that was largely borne of the 1923 population exchange between Greece and Turkey. The exchange was part of an agreement to end the Greco-Turkish war that followed the collapse of the Ottoman Empire and involved the forcible transfer of two million people. Unfortunately, the classifications of ethnic and religious identity used at the time often led to particularly dubious and painful situations: Turkish-speaking Christians were sent to Greece despite lacking knowledge of the language, and ethnically-Greek Muslims in Greece were forced to move to Turkey. This ethnic cleansing and forced homogenization of Greece and Turkey created fringe social classes in both countries, wherein the citizens of a once diverse region were suddenly ghettoized and stigmatized as outsiders. Entire cities like Izmir in Turkey (also known as Smyrna) or Thessaloniki in Greece were emptied of most of their populations along with whole regions; in their place, migrants forced out of their homes on the other side of the water were moved in by their respective governments. The upheaval was, in effect, a stage-managed ethnic cleansing, and many died in the transfer. As the world sees forced migration continue unabated, this music reminds listeners that the perils of emotional scars of the refugee experience have always been severe.

As a result of the population transfer, many non-Turkish and/or non-Muslim performers were forced to leave Turkey. Their different musical forms recombined in Greece to form a new genre and repertoire that is now called rebetika. This music is based on and includes various pre-existing musical forms, such as smyrneika music that was performed in modern-day Izmir (from the city’s Greek name, Smyrna) from the turn of the 20th century. The international influence even comes across on a musicological level: rebetika naturally fused substantively modal forms of music (maqam/dromos) with Western harmonic systems in a historically unique way.

Indeed rebetika music substantively reflected these turbulent times: songs incorporate Turkish and Anatolian Greek slang, and occasionally reference drinking, drugs, and various other parts of the underworld. While there is rebetika music made for happy moments and partying, there is often a tinge of sadness to the music as it recalls the harsh days and times that the listeners were seeking to escape. By incorporating many regional influences carried by these cosmopolitan performers-cum-refugees, rebetika has found international prominence as quintessential migration music. 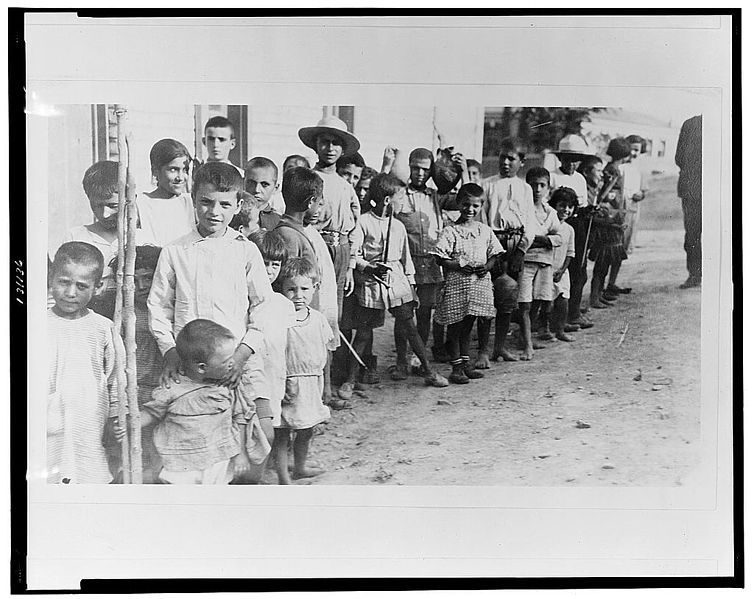 Photograph courtesy of Library of Congress.

The importance of migration to this music does not end with the music itself. Interestingly, some of the earliest Greek rebetika music was first recorded not in Greece, but in the United States by Greek-American record labels. The recordings by bouzouki (a Greek string instrument) legend Markos Vamvakaris on this mix were in fact recorded in the USA.

Rebetika’s popularity waxed and waned in Greece as tastes changed and the military dictatorship of Ioannis Metaxas banned the music outright on moral grounds for a few years: the music was considered too oriental for a western nation, and often featured lyrics with anti-nationalist and underworld-related themes. Still, various revivals from the 1930s onward have kept the music popular and relevant to this day. While in some ways rebetika has been softened in national memory, it maintains a subversive character as the sound of those marginalized by society. The popularity has extended so far, that even non-Greek bands of rebetika preservationists have formed.

For those whose nations or families are still affected by the memory of the population exchange, this music keeps a certain era alive by providing a sound to commemorate such a dark past and bring solace. And for others, perhaps the raw emotionality of the music taps into something that listeners crave to express. Whatever the reason, rebetika’s roots go deep both with the very musical traditions it preserves, and unique historical and cultural moment that birthed its powerful sound.

A musical mix of rebetico can be found here